Finnish visual artist and filmmaker Vesa Kivinen was told early on that he had no aptitude for painting. That seemingly innocuous remark by his school art teacher had affected Vesa for years, “I was stuck to creating with just about everything but painting.” He studied filmmaking and went on to work in that field for several years until certain turns on his life journey led him to realize where his true gifts were and he followed that direction. With much success.

“Artistic type” is a family trait: Vesa was influenced by his mother’s great eye for interiors and aesthetics, by his stepfather’s artworks and by his grandmother’s appreciation for vibrant colors. In 2006, after moving back to Finland from the UK, Vesa was experimenting and looking for new ways for his artistic expression. Trying to overcome old painful memories and current challenges, Vesa found NLP (Neuro-linguistic Programming). He studied the program and mastered the technique, which led him to develop Artevo (art evolving), where Vesa was able to combine his skills as a photographer and film director with his love for painting, on human body and on traditional surfaces. 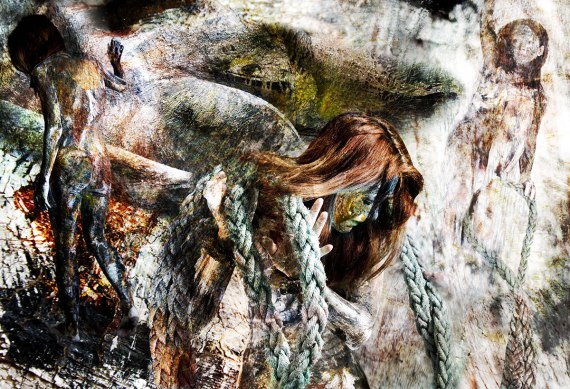 Using collage technique to digitally juxtapose the resulting images, he creates incredibly beautiful and impactful artworks. Since then he worked on several major projects, which brought forward his incredible ability to understand human nature, including a collaboration with Pakistani actress Veena Malik and LUX project that took three years of research, which eventually were compressed into an art piece and a 12-minute film (http://www.artevo.org/l-u-x-solar-power).

“I’m often drawn to and energized by controversial characters and ideas with a lot of potential for positive collective change.” Through his work, Vesa addressed many subjects that have global significance. His latest artistic venture, Art for Crypto, was inspired by Blockchain technology.

Vesa believes that it will disrupt every single one of our industries in the coming years and bring a very welcome transparency factor much needed in our world. “Banks have not exactly, to put it kindly, championed healthy public innovation or business practices lately. Bitcoin can be considered to be the first app on a much larger tech innovation underneath in the form of blockchain.” Working on this new series, Vesa not only wants to create work that speaks to fintech players, who often have turned into art buyers, but also tries to make general population more aware of this growing innovative technology. “Personal responsibility is going to play a big part in coming years in terms of how we collectively develop this sector. The transition will be rough as many stand to lose a lot of power through it. And, of course, the adaptation will take time.” Both of Vesa’s platforms, Artevo and Art for Crypto, include payments via traditional currency as well as crypto now. “So, it is not about a full swing either way, but an attempt to be a part of this integration and evolution.”

Vesa’s next project is called “The Hybrid”, which is about incorporating philosophy and artistic process with interactive virtual reality, artificial intelligence and blockchain technology to reach the final result. “I want to be at the forefront of blending this all into a seamless expression that has much wider implications than is now commonly associated with art as well as a new platform to monetize it for a larger audience. Currently art is considered to be a very elitist game and at best is asking relevant questions, but I see no reasons as to why it couldn’t also provide us with useful answers and help craft the way to a more balanced future. If any resourceful reader is up to tackling this challenge with me, get in touch.” 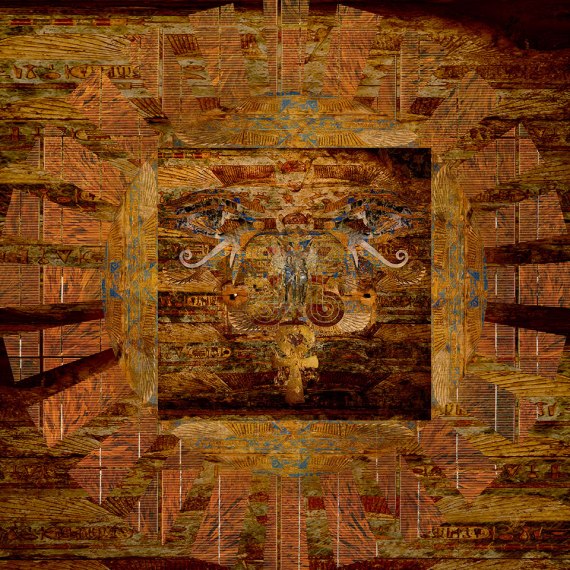 Passionate about people with passions, I write about artists, their lives and artistic journeys; sometimes, I post my musings on exhibitions that speak to me. I don't believe in critiquing, but I believe in connecting. Knowing someone better hopefully leads to understanding, which also gives rise to a connection (intellectual, emotional or spiritual). People, who establish such a link with an artist, are more likely to want to live with their art. And, not only, often buying an artwork is a gesture of support for the artists we like and encouragement to keep creating. To quote Swiss curator, artist and art historian Harald Szeemann, "If the personal relationship is taken out, the dimension of intimacy, then the museum and art business gradually starts to become annoying." View all posts by YABNYC